What is Evaporative Cooling

What Is Evaporative Cooling?

Cooling through evaporation is a natural occurrence. The most common example we all experience is perspiration, or sweat. As perspiration evaporates it absorbs heat to cool your body.

The principle underlying evaporative cooling is the fact that water must have heat applied to it to change from a liquid to a vapor. When evaporation occurs, this heat is taken from the water that remains in the liquid state, resulting in a cooler liquid.

In a closed circuit cooling tower, cold water or a solution of ethylene or propylene glycol is used to provide cooling. Unlike in an open cooling tower, the fluid used to provide cooling is enclosed in a coil and is not exposed directly to the air. Cold water is recirculated over the outside of the coil, which contains the fluid that has been heated by the process. During operation, heat is transferred from the fluid through the coil to the spray water and then to the atmosphere as a portion of the water evaporates. The cool fluid in the coil then loops back to the beginning of the process, to be reused in the process. 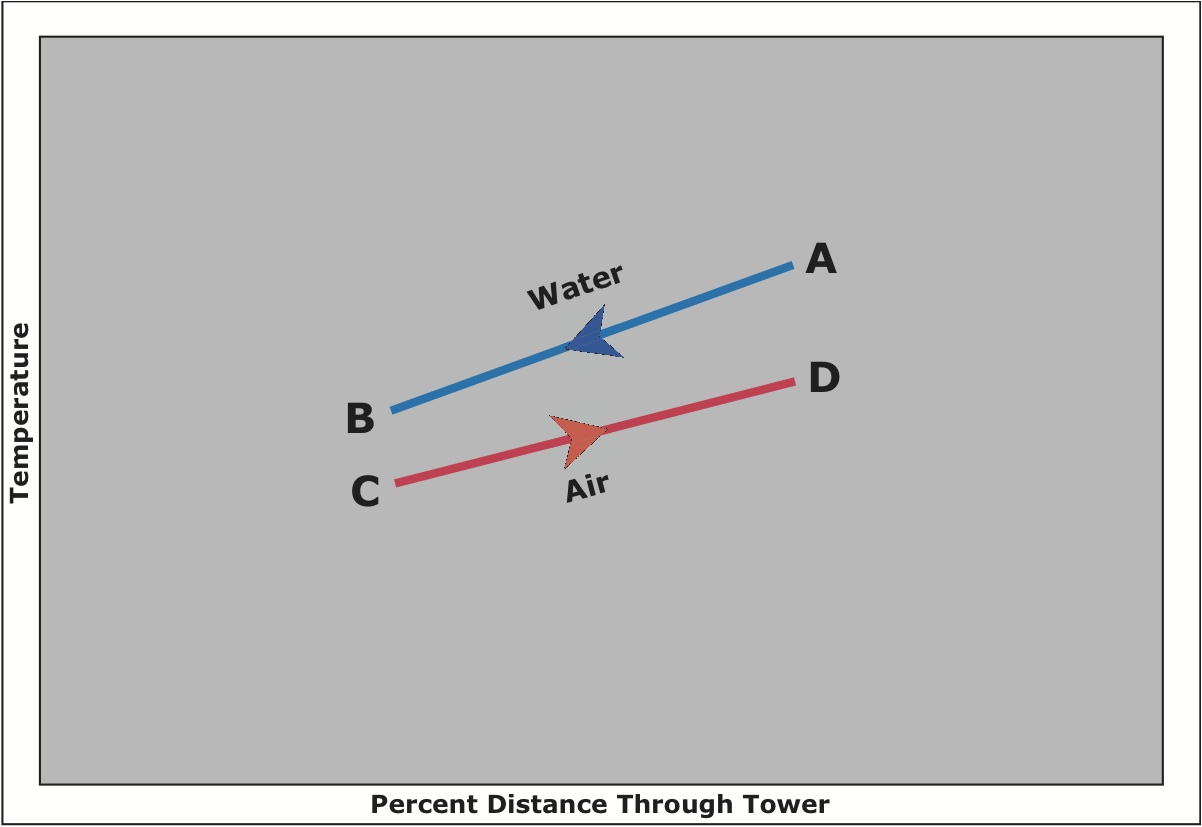 From a heat transfer standpoint, a cooling tower’s performance while cooling a given quantity of water is influenced only by the wet bulb temperature of the entering air. This is clearly indicated in the psychrometric analysis of the air path in a cooling tower as indicated below. The true path is approximated by the dotted curved line from Point A to Point C. To simplify the air path for purposes of explanation, it is broken down into Line AB and BC. In the analysis, air enters the tower at an unsaturated condition (Point A). Before reaching the fill, it is saturated adiabatically as it travels to point B. Passing through the fill, it absorbs heat from the falling water, thereby increasing the total heat content of the air. Since the air is continually being washed with falling water, the process follows the saturation line to the final temperature of the air leaving the tower, Point C.

For new equipment, parts and inspection, or general inquiries, please fill out this form.